These compounds act on acetylcholine receptors. NewMind primarily stocks direct or indirect cholinergic agonists which are of interest to researchers involved in cognitive development studies, research into neurodegenerative diseases, and biochemical pathways of the parasympathetic nervous system.

Coluracetam is a nootropic compound in the racetam family, with a unique enhancing effect on high af

In Stock Out of Stock Pre order
From $198.68
Adding... Error occurred
Added to Cart 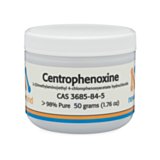 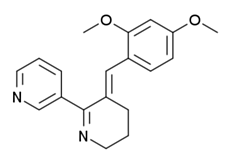 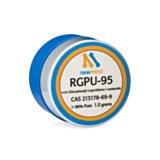 The cholinergic system has been associated with a number of cognitive functions, including memory, selective attention, and emotional processing – these being in addition to the physiological function of the sympathetic/parasympathetic nervous system.1

The role of the cholinergic system in the basal forebrain and pontine areas are of particular importance to neuroscientists involved in Alzheimer’s disease and dementia research. Evidence has shown the vital role of the cholinergic system in visual attentional function, the modulation of short-term spatial memory processes, and the ability to utilize response rules through conditional discrimination.2

Acetylcholine is the primary neurotransmitter in the automatic nervous system and is located predominantlyat the neuromuscular junctions, at synapse endings, and in various other places in the CNS.3 In the automatic nervous system (ANS), acetylcholine works as an internal transmitter for the sympathetic system and is the final product of the parasympathetic system.4

In the automatic nervous system, acetylcholine is an important neurotransmitter at the preganglionic sympathetic and parasympathetic neuron synapses. It is also a vital neurotransmitter for the proper functioning of the adrenal medulla and in all organs that work with the parasympathetic system. Finally, acetylcholine has an important role in the sweat glands and the piloerector muscles, causing the contraction of arrector pili.5

The role of acetylcholine in the CNS is to attenuate signal transduction through interneurons. Degenerative neural disorders affect the release of acetylcholine, which is partly why it is so useful in neuroscience research.3

Due to the importance of acetylcholine in the functioning of the body, many pharmaceutical agents, as well as many toxins and nerve agents, target cholinergic receptors. Examples include many toxins and poisons produced by bacteria, plants, and fungi. Cholinergic antagonists have an important role in surgery and anesthesia. Another example of a common cholinergic antagonist is nicotine, which is an addictive substance found in cigarettes and has strong effects on the nicotinic acetylcholine receptors.6

Cholinergics are sometimes also referred to as parasympathomimetics or cholinomimetics because of their similar action to acetylcholine. Cholinergics are studied in laboratory settings in research in combatting dementia and other neurodegenerative diseases, autoimmune diseases, and for issues with the GI tract or urinary system.7

On the one hand, muscarinic receptors interact with the muscarine toxin, found in harmless trace amounts in the Amanita muscaria mushroom but more notably found in toxic concentrations in Inocybe and Clitocybe species. The muscarine toxin causes intense stimulation of the parasympathetic nervous system which can result in convulsions and death. mAChRs are located primarily in the CNS and are involved in a large number of physiological functions including heartbeat, smooth muscle contraction, and neurotransmitter release. All five subgroups of muscarinic receptors (M1 – M5) are found in the CNS and in various tissues around the body – cardiac tissue, smooth muscles, and secretion glands.9

On the other hand, nicotinic receptors are defined by their interaction with nicotine – a common psychoactive compound most commonly associated with tobacco (Nicotiana tabacum and Nicotiana rustica) in the form of cigarette smoke. nAChRs are involved in fast-response ion-gated channels and mediate signal transduction at synapses. Nicotinic receptors are divided into two subgroups – N1/NM and N2/NN. The N1/NM receptors are located at neuromuscular junctions, while the N2/NN nAChRs are located at cholinergic and adrenergic ganglia, as well as in the CNS and the adrenal medulla.10

Cholinergic antagonists can be divided into three broad groups based on their respective mechanisms of action:

Cholinergic agonists can be divided into two main groups:

The direct acting cholinergic agonists’ effects are widespread throughout the body, due to their interactions with muscarinic receptors in the internal organs – the heart, smooth muscles, exocrine glands – and/or nicotinic receptors located in skeletal muscles.

EVP-6124 HCl is a selective allosteric modulator of the alpha-7 nicotinic receptors (α7 nAChRs). Studies have shown that EVP-6124 does not interfere with heteromeric α4β2 nAChRs function. Research suggests an efficient mechanism of action in cognitive performance. Coadministration of EVP-6124 at 0.03 mg/kg, p.o. with donepezil at 0.1 mg/kg restored memory function in animals studies.13

Further animal studies have indicated that EVP-6124 has an excellent brain to plasma exposure ratio, and has high potency in cognitive enhancement research. EVP-6124 (0.1, 0.3, and 1.0 mg/kg) improved scopolamine-induced memory loss significantly, in a dose-dependent relationship. The combined use of AChEIs with EVP-6124 was shown to completely reverse the effects of the scolopamine neurotoxin.14

Phase 2b clinical trials on Alzheimer’s disease patients showed promising results. A 24-week study with 409 patents from both the United States and Eastern Europe met seven of the nine endpoints with statistical relevance. The study used ADAS-Cog as the primary outcome, and found a dose-dependent response to EVP-6124.15

Phase 3 clinical trials were suspended due to rare but serious gastrointestinal side effects. The phase 3 trials involved over 800 Alzheimer’s disease patients and used a higher dosage than the phase 2 trials (3mg over 2mg), which was purportedly the cause of the negative adverse effects.16

SEN 12333 (WAY-317,538) is a dual α7 nicotinic acetylcholine receptor (nAChR) agonist and histamine H3 receptor antagonist. The importance of α7 nAChRs is relevant in cognition studies, especially due to their function in regulating cholinergic neurotransmission and their down regulation in both Alzheimer’s Disease and schizophrenia. Studies have indicated that SEN 12333 / WAY-317,538 has excellent brain penetration and oral bioavailability.17

Further animal studies have elucidated the mechanism of action, showing that 5-morpholin-4-yl-pentanoic acid (4-pyridin-3-yl-phenyl)-amide (SEN 12333) has a high affinity for the rat α7 nAChRs expressed in GH4C1 cells (K(i) = 260 nM). Furthermore, SEN 12333 acts as a full agonist in Ca2+ flux studies. The compound shows no action at other nicotinic receptor sites and acts as a weak antagonist at α3 nAChRs. Cumulative results suggest that SEN 12333 has both precognitive and neuroprotective effects, in animal models.18

Centrophenoxine, also known as Meclofenoxate and sold under the brand name Lucidril, is a unique cholinergic with dimethylethanolamine (DMAE) and 4-chlorophenoxyacetic acid (pCPA) function. Animal studies have suggested an ability for Centrophenoxine to reverse lipofuscin/beta-amyloid pigmentation build-up, as well as to act as an antioxidant against lipid peroxidation. These findings have important implications in Alzheimer’s disease and dementia research and may warrant further investigations.19

Furthermore, human cell culture studies have indicated the potential application of Centrophenoxine as an agent to increase metabolism of human glial cells. Along with a reduction in accumulated lipofuscin, Centrophenoxine-treated glial cells showed improved rates of RNA and protein synthesis, as well as enhanced glucose uptake. It has been suggested that Centrophenoxine shifts the utilization of glucose from glycolysis to the pentose phosphate pathway in glial cells.20

In 1990, a clinical trial was conducted on 50 persons suffering from medium-level dementia and cognitive decline. The results showed an increase in performance in psychometric tests over the 8-weeks treatment period, as well as a significant increase in the average intracellular water content – indicating free-radical scavenging (particularly •OH) properties of meclofenoxate.21

Toxicity varies for cholinergic substances found on Newmind. It is important to note that most of these chemicals lack an established human toxicity rating, and more importantly that ALL compounds offered on NewMind are strictly NOT for human consumption.

Many of the compounds do, however, have limited toxicological information available from research conducted in animal models, such as an LD-50 as determined in small mammals like mice and rats. Please read through the product listings for more in-depth toxicity research pertaining to each compound.