An atypical stimulant and anxiolytic with dopaminergic mechanisms. Immunomodulator.

In Stock Out of Stock Pre order
From $49.88
Adding... Error occurred
Added to Cart

In Stock Out of Stock Pre order
From $22.88
Adding... Error occurred
Added to Cart

In Stock Out of Stock Pre order
From $12.68
Adding... Error occurred
Added to Cart 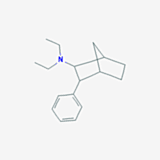 In Stock Out of Stock Pre order
From $6.68
Adding... Error occurred
Added to Cart 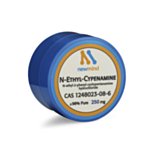 Cypenamine is a psychostimulant compound developed in the 1940s by William S.Merrrel Chemical Compan

In Stock Out of Stock Pre order
From $19.68
Adding... Error occurred
Added to Cart

In Stock Out of Stock Pre order
From $12.68
Adding... Error occurred
Added to Cart

Cypenamine is a psychostimulant compound developed in the 1940s by William S.Merrrel Chemical Compan

In Stock Out of Stock Pre order
From $9.68
Adding... Error occurred
Added to Cart

In Stock Out of Stock Pre order
From $21.88
Adding... Error occurred
Added to Cart 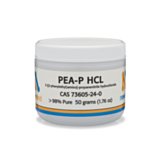 In Stock Out of Stock Pre order
From $8.88
Adding... Error occurred
Added to Cart 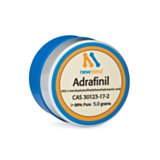 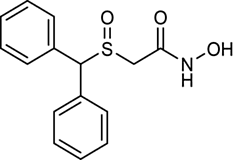 Monoaminergics are a class of chemical substances that either directly or indirectly activate, modulate or enhance the activity of monoamine-based neurotransmitter systems. These systems include serotonin, dopamine, norepinephrine, and trace amine signaling systems. The monoaminergic group represents a large number of different chemical compounds with a variety of effects.1

Analeptics are a diverse class of chemical substances that exhibit various types of central nervous system stimulant effects. Many analeptics are used in research, and some analeptics also have clinical applications, including medications used to treat depression, attention deficit hyperactivity disorder (ADHD), and respiratory depression, and to reverse anesthesia. The term analeptic has in many cases been used to refer particularly to respiratory analeptics2, however on Newmind, we use the term in its broader meaning which widely encompasses all categories of CNS-stimulating compounds.

Eugeroics are a special class of chemical substances that exhibit wakefulness and alertness promoting effects through action on the central nervous system, yet which are also distinguished by exhibiting a low or very low addictive potential (unlike some other types of central nervous system stimulating compounds). Eugeroics are sometimes also considered to be potential cognitive enhancers or nootropics.

There are interrelationships between the three classes: many monoaminergic compounds are analeptic compounds, and most eugeroic compounds would also be considered analeptics. Additionally, members of all three classes have been researched as cognition enhancing or nootropic compounds.

A compound that has a direct effect on the receptor systems/reuptake/production of any of the above neurotransmitters can, therefore, be classified as a monoaminergic substance.

Monoaminergics are used in neuroscience research for a number of different applications.

Monoaminergic means "working on monoamine neurotransmitters", which include serotonin, dopamine, and norepinephrine (and epinephrine), as well as melatonin.

A monoaminergic, or monoaminergic compound, is a chemical which functions to directly modulate the serotonin, dopamine, norepinephrine/epinephrine, and/or melatonin neurotransmitter systems in the body or brain.

Monoaminergics include catecholaminergics (which can be further divided into adrenergics and dopaminergics), serotonergics, and melatonergics. A specific example are monoamine oxidase inhibitors (MAOIs), which affect the activity of all four of these systems.

Many monoaminergics, particularly catecholaminergics, often also function as analeptics by exerting a stimulatory effect on the action of the central nervous system (CNS).

The effects of catecholaminergic substances often include eugeroic (wakefulness-promoting) effects along with their primary physiological effects. These substances are used in research for counteracting fatigue and increasing alertness.

NewMind monoaminergics current only include tianeptine, which has a modulatory effect on serotonin.

It has an important role in cognition and neuroscience research.

For example, the monoamine hypothesis of depression postulates that the monoamine based neurotransmitter systems are involved in a number of physiological and psychological processes, and that deficits in monoaminergic signaling are associated with, and potentially are a direct causal factor for depression. Monoaminergic compounds are used in research investigating, or based upon this hypothesis.

The improper functioning of the monoaminergic system has been linked to a variety of psychological disorders, including depression, bipolar disorder, and cognitive decline. Of particular interest are serotonin, dopamine, epinephrine, and norepinephrine. Hence the monoaminergic substances are of great interest as research chemicals in neuroscience and neuropsychology.4

Eugeroics are wakefulness and alertness promoting compounds which are simultaneously low in addictive potential.

The prototypical eugeroic is modafinil. Erowid modafinil searches will yield user experiences and modafinil reviews. Erowid is an internet site with the goal of spreading awareness about different psychoactive substances that people have taken. Modafinil is also sold under the brandname Provigil and is a strong eugeroic drug with the primary effect being to increase wakefulness.7 Research is currently underway to find successor compounds that could serve as a substitute for Provigil.

Another top eugeroic research compound available is adrafinil. It was the first discovered eugeroic substance, with strong wakefulness-promoting effects. It has since been used in neuroscience research and for the development of newer eugeroic agents, including modafinil.8

Pseudoephedrine is a chemical that is added to many analgesics to counteract sleepiness and lethargy. Although not always recognized as a eugeroic, Pseudoephedrine is arguably the most widespread compound with eugeroic properties in medical use today.9

Another important and newer eugeroic compound is called pitolisant or tiprolisant, and is a histamine receptor drug used in the treatment of narcolepsy.10

The definition of the set of substances known as “analeptics” encompasses any substance that has a stimulatory effect on the central nervous system (CNS). The analeptics classification, therefore, includes any CNS-stimulating substance.

Other analeptics are compounds that possess psychomotor stimulant properties on the central nervous system, often through catecholaminergic mechanisms.. These include PPAP and Phenylpiracetam. PPAP (1-Phenyl-2-propylaminopentane hydrochloride) is a catecholamine enhancer and CNS stimulant. Phenylpiracetam is used in research for cognition and is also in use as a Nootropic in certain countries. It has mild energizing effects and is used in neuroscience studies for protection against cognitive decline.11

The mechanism of action of monoaminergics/eugeroics/analeptics differs greatly between the substances themselves. There is also a need for more information into the pharmacological action of these compounds.

Monoaminergics can have a variety of effects.

For example, PPAP works as a powerful catecholamine activity enhancer (“CAE”) by stimulating the release of both norepinephrine and dopamine.12

Flmodafinil (CRL-40,940 or Lauflumide) has a somewhat different but related mechanism of action as that of PPAP and and can be classed as a newer generation analeptic and eugeroic. Flmodafinil is used in the research of neuroscience and wakefulness-enhancing agents. Flmodafinil is a newer, more potent derivative of modafinil, which itself was developed as a more potent relative of adrafinil.13

Adrafinil is a mild CNS stimulant and can be classed as an analeptic and eugeroic. Studies have suggested that adrafinil acts as a mental and behavioral-stimulant without producing the same adverse effects related to most stimulants like repetitive behavior and thoughts, anxiety, and addiction.14 Again, adrafinil is a monoaminergic substance with eugeroic applications.

Another example is Amfonelic acid, which is one of the most powerful research chemicals used for the selective inhibition of dopamine reuptake with very little effect on adrenergic signalling. It is used in research for dopamine uptake pathways and in CNS-stimulant chemical studies.15

The common pharmacological action that is shared by all these chemicals is that they act directly on an aspect of the monoaminergic system to produce mild to strong stimulatory effects on the CNS. The exact spectrum of pharmacological effects that each produces varies from substance to substance.

Research has indicated that some monoaminergic agonists may have the potential to promote enhanced recovery after brain injury. This is thought to apply especially to the ‘secondary injury’ that persists up to several hours after the injury – causing increased cell death.

‘Neuroprotective’ agents aim to protect the brain from secondary injury. However, their effectiveness in this regard is still somewhat undetermined. Monoaminergic substances have been suggested as an alternative due to their ability to help the brain to recover from injury. These effects have been studied extensively in animals but there is still a lack of research on humans.16

Other potential applications include clinical applications in psychological disorders like depression, schizophrenia, and ADHD. Amphetamine-like monoaminergics, which increase the concentration of dopamine, epinephrine and norepinephrine neurotransmitters, can also be used for stimulatory effects and have analeptic and eugeroic applications.

Toxicity ratings vary for the different monoaminergic substances found on Newmind. It is important to note that most of these chemicals lack an established human toxicity rating, and more importantly that ALL compounds offered on NewMind are strictly NOT for human consumption.

Many of the compounds do however have limited toxicological information available from research conducted in animal models, such as an LD-50 as determined in small mammals like mice and rats. Please read through the product listings for more in-depth toxicity research pertaining to each compound.

Animal studies on the behavioral effects of monoaminergics often involve using comparisons to substances with well-established research. These sometimes include substances like methamphetamine, amphetamine, and cocaine.

These comparisons help to establish a rating of the behavioral effects of each compound on various animals. However, there is a large gap between animal research and human results.