Piracetam is a Nootropic agent belonging to the racetam group of compounds that displays cognitive enhancing properties.

Related Products
Check items to add to the cart or 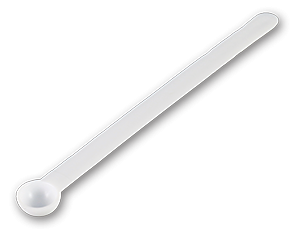 There has been a lot of scientific research conducted on Piracetam to date. Hundreds of human clinical studies have been conducted, and hundreds more animal studies. Piracetam is known to many as the ‘father’ of Nootropics – a substance from which many new Nootropics were developed. Many of the early claims about Piracetam’s abilities have since come under scrutiny.

Below, we outline some key findings in the recent Piracetam research.

Earlyin 2017, researchers published a review examining the previous data on Piracetam use for the improvement of post-stroke symptoms. This review looked specifically at the symptom of aphasia (the loss of speech ability). The authors included 7 trials in the meta-review, with over 261 patients in total. The conclusion was that Piracetam has the potential to play a limited role in the improvement of language and speech in patients who suffered from a stroke. It seemed to have a greater effect on the improvement of written language.[2]

Another review from 2012 looked into the effects of using Piracetam for patients suffering from an ischaemic stroke. The review found no statistically significant improvement in symptoms across the board. The authors noted that no adverse effects were reported.[4]

Piracetam was included in a 2012 review on the evolution of cognitive enhancement substances (Nootropics). The review covered all the research on these substances for the previous 25 years.[5]

A large review of the effectiveness of a number of Piracetam-based substances was published in 2010. In this review, the authors sought to find data regarding the efficacy of Piracetam and Piracetam-based substances for the following categories: i) cognition/memory; (ii) epilepsy and seizure; (iii) neurodegenerative diseases; (iv) stroke/ischemia; and (v) stress and anxiety. The authors found that Piracetam had the potential to provide neuroprotective effects, especially when used during coronary bypass surgery. The authors also indicated that it seemed to be effective in improving mild cognitive disorders, but was more effective at improving mood.[7]

Another 2009 review mentioned Piracetam as having been studied for the treatment of mild cognitive impairment. However, the authors concluded that there was not enough well-collected data to demonstrate any convincing effects – primarily due to flaws in the previous studies.[9]

Piracetam was also mentioned (as Nootropil) in a 2008 review on the efficiency of Piracetam as a treatment for patients suffering from a cerebral stroke. This review was published in Russian.[10]

There are many human studies examining the effects of Piracetam. We will cover data from the some of the most recent trials below (please note that this is by no means a comprehensive summary of trails, it is merely intended to give an outline of the type of research being conducted on Piracetam):

A 2016 study found that Piracetam supplementation may improve neuroplasticity. This effect is hypothesized to be due to improved mitochondrial function and altered mitochondrial membrane permeability – directly associated with Piracetam use. The authors suggest that these effects may be beneficial for future studies on cognitive impairment in Alzheimer’s disease.[12]

A 2008 study combined piracetam with a common treatment for autism over 10-weeks, at a piracetam dosage of 800mg/kg. The authors found a significant improvement in the Aberrant Behavior Checklist-Community (ABC-C) Rating Scale (total score) in the experimental group, suggesting a synergistic relationship between Piracetam and autism medication.[17]

A 2009 study found that 30mg/kg of Piracetam was effective for the prevention of postoperative memory loss and cognitive decline in children who had undergone general anesthesia.[18]

A 2007 study indicated the potential for Piracetam to help with involuntary muscle spasms. The study included 40 schizophrenic patients with tardive dyskinesia (involuntary facial muscle spasms). The authors concluded that Piracetam appeared to be effective at reducing the spasms.[19]

There are hundreds more studies on the potential effects of Piracetam – we’ve included the most recent and relevant studies to give you an indication of the kind of research that has been conducted on this substance.

Due to the large number of human-based studies and reviews available for Piracetam, we have decided to exclude animal studies from this product description. The primary use of Piracetam is for improving cognitive performance in humans, making animal studies largely irrelevant.